Life on Orcas: The Off Season 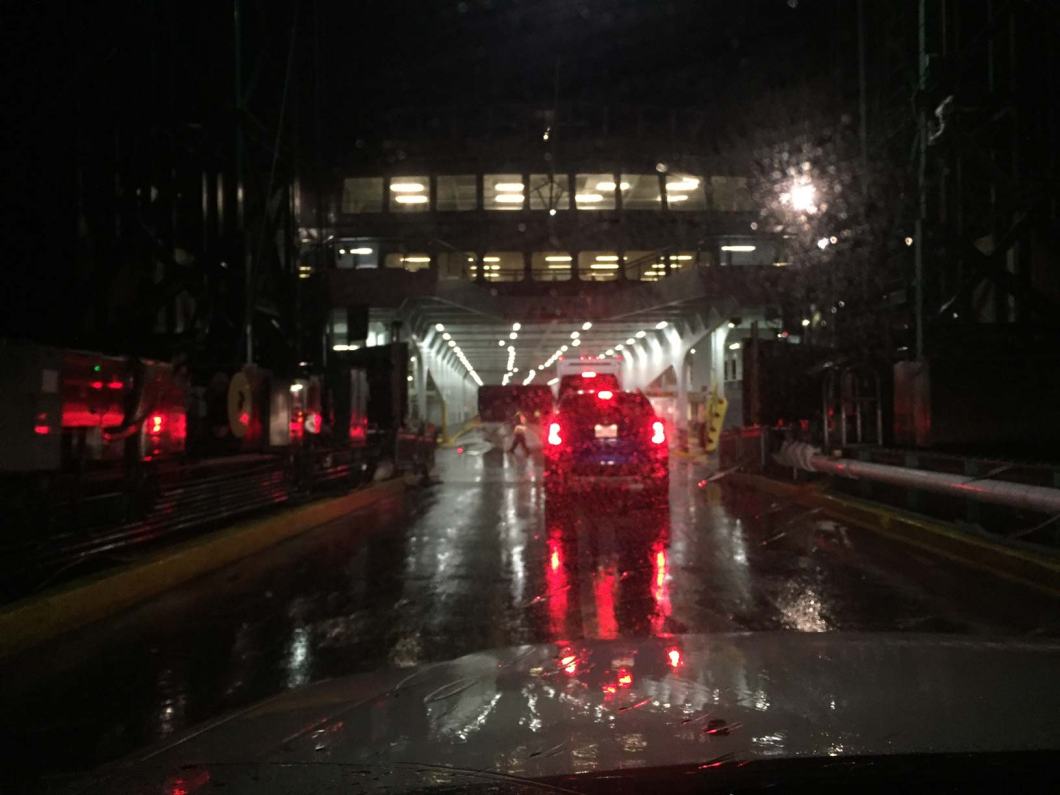 I performed the following piece while hosting the Use Your Words open mic at the Barnacle (Orcas Island’s cutest bar).

I’ve only seen one bar smaller than the Barnacle, and it was an old watering hole in the Marina district of San Francisco. Some grandfathered establishment that was maybe 6 feet by 12. The menu was one or two brands of beer in bottles only. I recall 5 bar stools. I wonder if it still exists. Probably a yoga studio for tiny dogs now.

The Barnacle is a capacious one-room establishment, roughly 20 x 20. It’s a beautiful old wooden building that could have been a storage shed or art studio in a previous life. The fire marshal capacity is 19, which is the perfect amount of people for a spoken word open mic.

I used to attend (and occasionally perform at) open mics in San Francisco. They were brutal, gladiatorial affairs. Sullen, rageful would-be comics and mournful, shoegazing singer-songwriters would clamor for the List, the List, so they could sign up, perform, and leave. The worst audience in the world is a roomful of comics. They would stand silent and stonefaced through an hour or two of other people’s comedy in order to say their five minutes.

No matter the crowd, the audience generally tuned out the vulnerability happening on stage. Occasionally someone might bother to heckle, or in one memorable incident, play a cricket chirping sound on their phone. On stage the performers would stammer and cringe and sweat.

The Barnacle open mic is the only open mic I’ve attended where the entire audience clams up and listens. They will sit politely through two hours of poetry. They applaud with genuine enthusiasm, they murmur in empathy. On Orcas even the open mics are friendly.

Welcome to Life on Orcas, our twenty-part series on living and thriving on Orcas Island.

Section Seven: The Off Season

For about sixty days in the summer, Orcas Island is truly the California of Washington State. The skies are untroubled by rain and the sun sets at 10 o’ clock at night. Attractive people in attractive vans flock to the island to see and be seen, Instagramming all the while, so that the world can weep with envy. Travel writers shudder in ecstasy as they dine on kelp pizza and lounge in well-appointed yurts.

But once the eight short weeks are over, Orcas Island transitions to something called the Off Season. The tourists flee in a dangerous stampede known as Labor Day. Workers in the restaurant, hotel, and whale-watching industries stumble out of their workplaces with all the light gone from their eyes. Their pockets are stuffed with tip money, which they then immediately spend on a ticket to anywhere but Orcas Island.

On the day after Labor Day, power and water are shut off throughout the island to conserve energy. The deer robots, which delight the tourists in summer, are powered down and put into storage. Any deer that have developed the ability to speak or dream are destroyed for safety reasons.

Tourism in the Off Season is forbidden. To discourage visitors, a pyramid of animal bones is set on fire at the ferry landing. World War II-era anti-aircraft guns are installed at the airport, and passing planes are fired upon.

At the end of September, the summer residents depart in a flotilla of sail boats and yachts, and migrate, like humpback whales, to Mexico. There they settle in Baja, which is the Orcas Island of Mexico. They will not return for many months. And when they do, they will find their houses full of raccoons.

Not everybody leaves Orcas Island in the winter. The people who stay are called Year-Rounders, or Dark-Timers.

The sun sets on Orcas for the last time of the year on All Hallow’s Eve and does not rise again until Memorial Day the following year. During the Dark Times, the cultural norms and laws of the United States are temporarily suspended. Year-round residents separate into warring tribes, depending on which grocery store they prefer. Because of the lack of sunlight and winter jobs, many residents become zombies. An unpleasant burnt rubber smell pervades the island and can detected as far away as Seattle.

Few written accounts of the Off Season exist, because writers rarely survive the boredom and terror of an Orcas Island winter.

But thanks to radio distress calls and a few survivor accounts, a picture emerges of an island that descends into a kind of medieval Japanese feudalism. Without a strong, central government, bandits rule the night, and Year-Rounders retreat to the safety of walled villages.

Warlords vie for control of the island, enforcing their will with armies of warrior-priests and female ninjas. Each winter, Eastsound Village changes hands many times, as the dueling clans fight for dominance of the island’s grocery stores and bars.

With the arrival of spring, the sun returns and reveals an island still smoldering from a winter of unspeakable chaos. The few remaining survivors clear debris, put out fires, and re-open beloved summertime businesses.

The horrors of the Dark Times are never spoken of in polite company. But a special bond is shared by Year-Rounders, as exemplified by the identical neck tattoo they all proudly display–Of the rising phoenix, alite in the fire of the sun.

And then, on Memorial Day, the bone fire is put out at the ferry landing, and the anti-aircraft cannons are hidden in barns and garages, and the first ferry is welcomed in a grand celebration. And the tourists are none the wiser.