A few episodes ago I recounted how, during my search for a treatment for my depression and anxiety, I found psychedelic therapy. And then, tantalizingly, I described the first moments of my first session, in which I slid into a magic kelp forest and disappeared.

I want to tell you what happened next (especially after that Dan Brownesque cliffhanger), but immediately after posting it I realized I needed to talk about something else first.

Friends, let’s talk about set and setting. Set and setting is a concept that came out of early psychedelic research in the 1960s. Before anybody knew what they were dealing with, scientists would give research subjects heavy doses of LSD and leave them in a basement. The research subjects would scream and yell and report unpleasant experiences. Scientists surmised that LSD and other psychedelics made people temporarily psychotic.

Then some gentle souls started experimenting with music—what if we played some Brahms for our test subjects? What if we put them in a cozy room in a nice chair? What if, instead of abandoning them, we sat with them and held their hand? And much to the surprise and delight of subject and scientist, people started having beautiful, transformative, inspiring, lovely experiences with psychedelics.

Edit: I don’t buy into the “bad” and “good” trips idea. I’ve heard psychedelic guides reframe “bad trips” as challenging trips. Often a challenging trip just needs the steadying presence of a guide, or guidance afterwards with interpretation and integration.

I should take care not to harrumph all over recreational use. I’ve heard of many a beautiful experience had among friends, at a music festival, wandering around in the woods. But I’ve also heard lots scary tales about challenging trips and temporary psychoses (sometimes lasting days or weeks) related to uncontrolled, unintentioned psychedelic use.

I believe that psychedelics are not toys. There’s room for play and whimsy with them, but I think we should approach them with something like reverence.

So let me tell you how set and setting worked for me.

In May of 2019 I found a ketamine clinic in Seattle, the AIMS Institute. I have heard tales of ketamine therapy in which patients are sat in dentist chairs and hooked up to IVs. This strikes me as a total failure of set and setting. It is unfortunately a common feature of ketamine therapy, as many clinics operate on a medical model with an anesthesiologist as the supervising physician. I wasn’t looking for a medical procedure; I was looking for shamanic healing that would be covered by insurance.

When I talked to AIMS, I asked how and where they did the sessions:  In a cozy dark room, with music, and with a guide (a nurse) sitting nearby. Check. The ketamine would be administered as a lozenge, or a shot in the shoulder. Much better.

We scheduled three sessions over the following three months.

I thought, why stop here? Why not expand set and setting to this entire journey, these months?

I found non-demanding work on the island busing tables and working at a hotel front desk. I cut my work schedule down to about 3 days a week. I hiked in nature as much as I could, I meditated in the woods, I attended yoga classes.

I looked at my music collection and realized: I listen to sad music. So I stopped listening to music. Except for a few songs that I found beautiful but emotionally neutral. Which you can find on my Spotify. Or here are a few samples.

My first ketamine-assisted therapy session was scheduled for the end of May, 2019. I cleared four days out of my schedule. One of my favorite resources for the would-be psychonaut, The Psychedelic Explorer’s Guide, counseled a three-day schedule for psychedelic work: A quiet, unstressful day before. A day dedicated to the psychedelic experience. And a quiet day afterwards.

I did my best. I still had to get from my island to Seattle, which involves at least some traffic. I listened to my neutral music. I drove slow. I sat placidly in traffic. I breathed through the honking and the stop-start. I arrived at my brother’s house late, after the kids had fallen asleep. I brought a monk’s meal with me, of dhal. I went to bed early and slept in.

The morning of the first session I fasted: just water laced with molasses and apple cider vinegar. I left hours early and took transit to the clinic. I arrived early enough that I had time to stroll around the neighborhood (Eastlake), meditating in lakeside parks.

Then I walked into the clinic about half an hour early and sat quietly, my phone in my pocket. A nurse came to get me. I’d met him before. He was roughly my age, but with a monk-like air. He had the untroubled mien of someone who meditates heroically.

We walked back into the clinic (modern, oddly chic), to an interior room. The nurse opened the door and revealed a cozy cube of a room, dimly lit by a lamp, with some Eastern religious objects, and a giant recliner. New agey music muttered in the background.

We talked once more about my intentions. I had been mulling on my intentions for weeks and settled upon a simple idea: To be open to the experience. My mantra would be “Teach me what I need know.”

A second nurse came in, a woman in her 30s with kind eyes. The nurses explained that they would be taking turns watching over me. We established a hand signal if I needed help. If I made the signal, a nurse would hold my hand.

They turned up the music and I put on an eyeshade. The kind-eyed nurse asked me to let her know when I was ready. I did a breathing exercise I had recently learned. I said okay. She gave me a shot in the arm that was totally painless. I began to feel warm and cozy all over. They had told me the experience would start in about four minutes but in about four counts I slipped under, like a child falling down a waterslide.

I was gone, in that I had no idea that I was Evan, a human being in the State of Washington. I didn’t realize it yet though.

In the darkness of the eyeshade I beheld a lovely waving visual, a dark kelp forest which filled my perception.

And then the most extraordinary thing happened. By that I mean, the single most powerful, uncanny, all-consuming experience of my life. One of the hallmarks of the psychedelic experience is ineffability, which can also be expressed as “there are no words.”

There are no words for what happened, but I am a writer so I will try.

I’m going to use the pronoun “I,” but in this experience I didn’t have a sense that Evan the human was witnessing and experiencing all of this. There was no remove between me and the experience. I merged totally with the experience.

I heard a simple musical theme, a repeating line of three or four notes. And in that moment I was certain down to the core of my being that:
A) This was The Song. This was the song I had always known, that pre-dated me, that underpinned all life. It was the most important, most ecstatic song ever devised, and
B) It was about to begin. Where “It” was something unbelievably huge. Something bigger than my life. All my life to that moment was like the opening act, the appetizer, a small little thing. The song told me The Main Event was about to happen. I felt this with the most rock-solid certainty. This. Is. It.

As the music looped I saw a gorgeous visual, a green and yellow stripe extending across my visual field, which began to swirl like latte art.

Edit: It took me about 6 months but I found the song that was playing during this phase of the trip, if you’d like to listen along.

And then I merged with the looping music and the swirling visual and The Swirl began. I recall tumbling ecstatically with this swirling existence, the Washing Machine that Begat the Universe. There was nothing else, no ground to stand on, I was hurtling through the ether. I felt feelings I had never felt before: Oh-god-holy-shit ecstasy. A terrifyingly vast awe, like I was seeing all of the Universe at once, something too big for me to behold. A feeling of revelation, like I had stumbled upon the answer to everything.

In this moment I knew in all of my being that This Was It. This swirling existence was It. Anything else I had experienced was not It, was small, insignificant. Except I couldn’t remember anything else I had experienced. There was just the swirling holy shit now. I could recall no past, I could conceive of no future. Evan Wagoner-Lynch, male human being who lives with depression and anxiety, no longer existed. 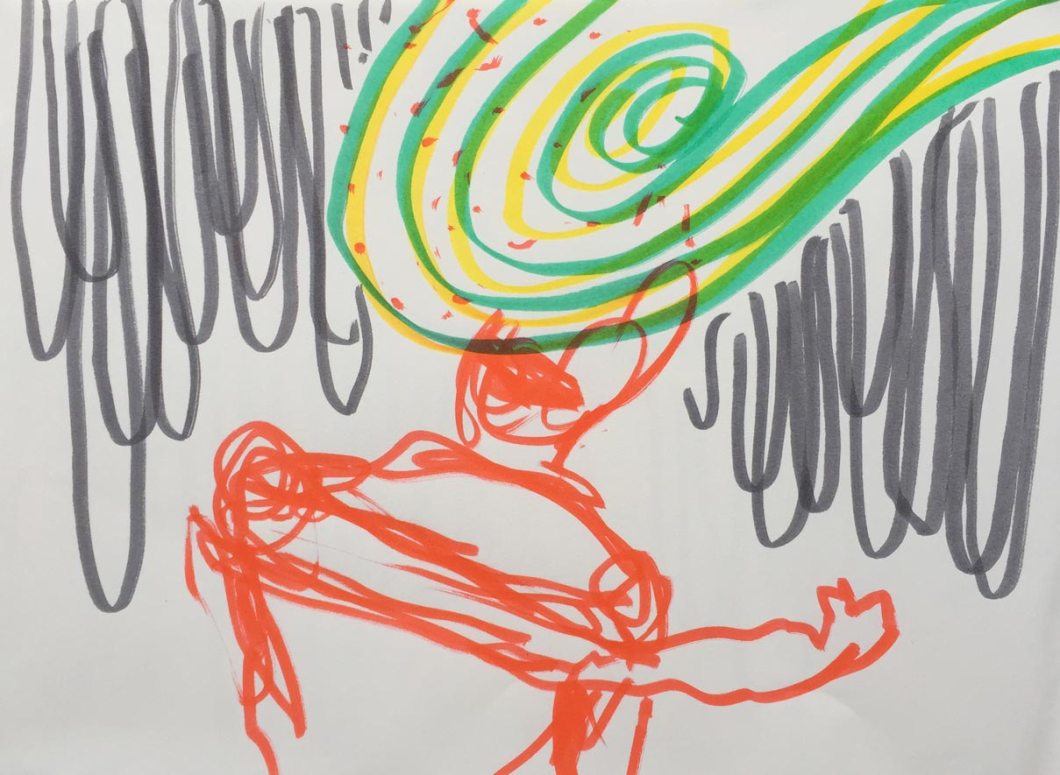 I felt the faintest flicker of fear, like when you’re driving away from Trader Joe’s and you think, did I forget coconut oil? I thought: Was I something before This? I couldn’t remember. I tumbled in the swirl. This went on for eternity. 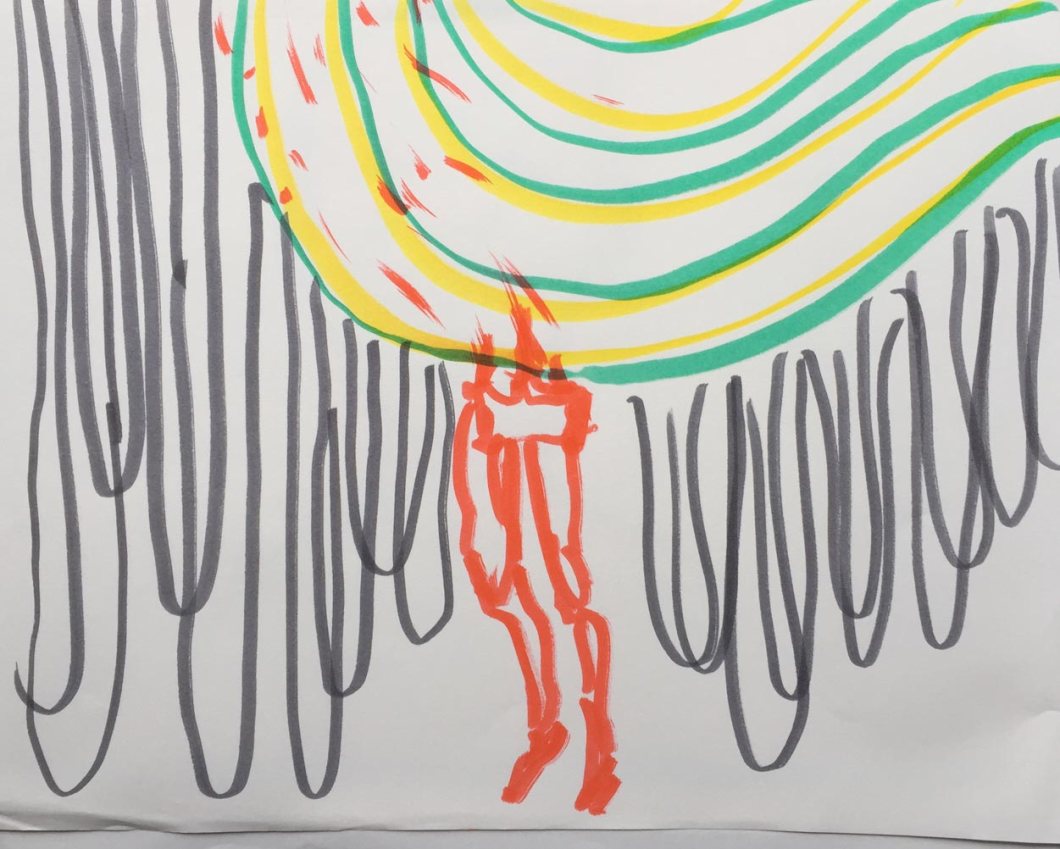 Down the Rabbit Hole:

Michael Pollan blog on the risks of psychedelics

A brief run down on Ketamine therapy over at Harvard Medical School.